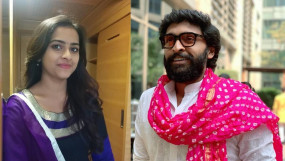 in the movie Sam CS. Music will be composed and the screenplay and dialogue will be directed by the director Muttiah. Karthik who was previously associate director of Muttiah is set to create his first directorial work with Tiger. Alongside Vikram Prabhu as well as Sri Divya as lead roles, Bigg Boss contestant Daniel Anne Pope will also appear in the lead role.